Why should you learn another language? 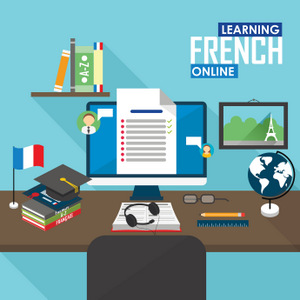 Too many people ask "why learn a language?" when the real question should be "why not?" There are numerous benefits to speaking a foreign language - both obvious and not so obvious.

First and foremost (and obviously), learning a new language allows you to communicate with more people. While it's true that English is very widespread, it's not a universal language, and it's not remotely true that everyone speaks it, or that you'll definitely find English speakers everywhere you go. So by learning a new language, you're guaranteed to be able to communicate better in certain countries. French is spoken officially in 29 countries,[1] so speaking the local language in these places means you'll not only be able to talk to everyone, but also that you'll have a richer experience in that country—and isn't that what travel is all about?

Most of us take our native language for granted, at least at first. Since we learn it as children, effortlessly, it's generally only when studying a foreign language that we begin to realize how complex language actually is, and this helps us to understand our own language better. This is true no matter what your native and new languages may be, but it's doubly true when they are related. As you compare and contrast grammatical features and vocabulary, you'll learn not only the new language, but gain a deeper understanding of your own, which translates into better writing, editing, and listening skills—in every language you speak. The improved listening skills are particularly interesting, as they are brought about by actual changes in the brain's plasticity.[2]

Different languages offer insight into different cultures. The French word la mie* hints at the importance of bread in French culture. The existence of the German words Schadenfreude and Weltschmerz (and lack of English equivalents) says something about German mentality. Languages are full of tidbits like this, little hints about about the cultures of the people who speak them. Aside from being fascinating, these are useful for understanding other perspectives.

Foreign language is an entry requirement for most colleges, at least two years of study, if not four. And there's an additional benefit: foreign language study correlates with better performance on standardized tests, especially in math, reading, and vocabulary.[3] Even just 90 minutes per week for one semester correlates to significant improvement in math and language arts.[4] (Incidentally, it's not language study per se that provides these benefits, but just knowing another language, as shown by the fact that babies brought up in a bilingual environment tend to be better at mental calculation and reading.[5])

If you want to work overseas, knowing that country's language is vital. Even if you want to stay in your native country, knowing another language can be a huge advantage in fields like law, healthcare, and customer service. Some employers require knowledge of a second language, and many others list it as a plus, so speaking another language can be a great asset in your job search.

There's a lot more where that came from! Studies show that bilinguals tend to

As if that's not enough, learning a new language has actual, physical effects on the brain: learning a second language—at any age—leads to denser grey matter as well as better white matter integrity.[11] Perhaps most importantly, bilingualism prevents or delays the onset of Alzheimer's disease and dementia, on average, by 4½ years.[12] In comparison, cholinesterase inhibitors—the only medications currently approved to treat early to moderate stage Alzheimer's symptoms—delay them by just 6 to 12 months.[13]

Learning a foreign language has innumerable benefits, from personal to professional to medical. Instead of asking why you should learn a new language, the real question is, why on earth not?

2 Krizman, Jennifer et al (2012). "Subcortical encoding of sound is enhanced in bilinguals and relates to executive function advantages," Proceedings of the National Academy of Sciences, vol. 109, no. 20, p. 7877–7881

8 Leikin, Mark (2013). The effect of bilingualism on creativity: Developmental and educational perspectives. International Journal of Bilingualism, August 2013 vol. 17 no. 4, 431-447