Be Kind to Yourself

When learning a new language, you'll sometimes feel stupid - and that's ok. These are learning moments: feeling stupid is actually a sign of progress, or the moment just prior to progress, and it's important not to be too hard on yourself.

Things will not always go the way you want them to. You will encounter frustrations, losses will occur, you will make mistakes, bump up against your limitations, fall short of your ideals. This is the human condition, a reality shared by all of us. The more you open your heart to this reality instead of constantly fighting against it, the more you will be able to feel compassion for yourself and all your fellow humans in the experience of life.  – from Definition of Self-Compassion, by Kristin Neff, Ph.D 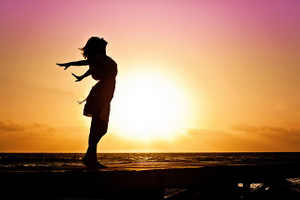 Practicing self-compassion has numerous benefits related to learning a new language, including

Mental health: A study published in Clinical Psychology Review in 2012 found that self-compassion has a positive impact on mental health, leading to a decrease in vulnerability and distress, such as anxiety - something many students of foreign languages struggle with, especially when speaking.

Motivation: A 2011 University of California study discovered that students who practiced self-compassion seemed to be more motivated to study and to improve themselves.

Self-worth: A study published in the Journal of Personality in 2011 found that self-compassion led to higher self-worth - participants who didn't berate themselves about their mistakes and shortcomings tended to feel better about themselves in general.

Don't beat yourself up about feeling stupid and don't fall into the I'm-no-good-at-languages myth. It's normal, and at some point, the light will come on and you'll stop feeling stupid; instead, it will start to feel really good. You'll feel comfortable and inspired and it'll be like you've finally made it out of the cave of incomprehension into the sunlight of understanding. Somewhere around level B1,* the light comes on and it just feels so great to speak your new language. Before that, there are months of fog and confusion and long, dark tea-times of the soul, but then one day you find that even though you're still making mistakes and missing words here and there, you feel a warm glow of satisfaction with how much you do know and understand.

We all go through this when we learn our first foreign language, and our second, and beyond. Even people who seem really gifted at languages go through this. But what happens is that after you've learned one language, you know what to expect, and so even though the exact same "I feel so lost and stupid!" phase comes along right on schedule, you're ready for it the second time, which means it's not as bad. You know it will happen, and you know you'll eventually get through it. (And it's even easier the third time!)

It's very simple: don't give up and don't criticize yourself - just allow yourself to feel stupid and be kind to yourself about it. Throw caution to the wind and make mistakes, because if you're serious about learning, the biggest mistake you can make is allowing self-consciousness to prevent you from using what you do know. It's a marathon, not a sprint, and it's a lot of fun if you stick with it and give it everything you've got. And let's face it: all the studying in the world isn't going to help you if you don't open your mouth and speak when you have the opportunity.

*B1 is intermediate on the CEFR language proficiency scale. To find out where you are on this journey, take our French CEFR test.