Don't "Practise Your Mistakes" in French

One of the most compelling reasons to test your French regularly is to catch mistakes you're not aware you're making. These are often transference errors caused by thinking in your mother tongue and assuming French works the same way. (Sometimes it does, but a lot of the time it doesn't.) Or they might be things you mislearned or misunderstood. Either way, the problem is that believing you're saying something correctly means you'll practise it over and over. Each repetition will make it sound more correct to you and it'll be that much harder to fix when you eventually discover you're wrong. 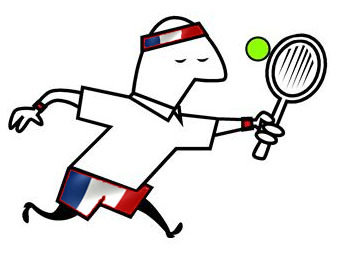 When you speak, you're practising muscle memory (and linguistic memory) in the same way as when you learn to play piano or tennis. Can you imagine going to play tennis daily and practising hitting the ball into the net? Of course not. The only reason you do it in French is that you don't know it's wrong - you don't know all the rules of the game!

Unfortunately, you can't expect people to correct you when you speak - they probably won't. It interrupts the flow of the conversation and can be perceived as rude, so if the people you're talking to get the gist of what you mean, they'll usually just move on. Even a teacher or tutor may not correct everything you say.

So how can you learn all the rules and, more importantly, identify your mistakes? Take regular French tests! Finding and eliminating mistakes is vital to your French progress, and it's also really motivating to see your scores improving with practice.

Find out how well you know the rules of the game by taking our French test.