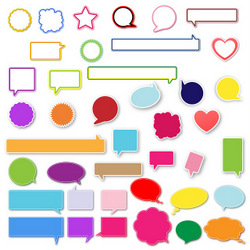 There's no secret recipe for fluency; indeed, it's difficult to even find consensus on what "fluency" actually means. Is it the ability to have a conversation, or language proficiency equivalent to that of a native speaker? Some might call the latter "perfection," but in fact no one speaks any language - even their native language - perfectly. Think about it: Have you ever misspoken, or misunderstood something? How much do you rely on a spell checker? When is the last time you learned a new word? Assuming that you read and/or watch TV/movies/news, I can pretty much guarantee that you've learned a few new words recently, whether political, scientific, industrial, or even regional. This is the case with your native language, and it will always be true of any foreign language you learn. No one knows everything - it's simply impossible.

So if fluency isn't perfection, then what is it?

For most people, the elusive fluency is found somewhere between conversational and native language proficiency. Linguists generally agree that it's closer to the latter: the ability to discuss, debate, and dissect in the new language, including being able to make and understand jokes, and to use vocabulary and grammar in a register appropriate to any situation, whether chatting with kids or discussing a business proposal. Assuming that we accept that as the definition of fluency, how long does it take to become fluent? Again, there's no simple answer - it depends on a number of factors, most importantly your native language and the language you're learning (because the relative similarity or dissimilarity of these two languages makes a big difference), and the amount of time and effort you put into your studies.

No, but seriously, how long does it take?

Well, if you insist, very generally speaking, it takes approximately 200 hours to reach each level on the CEFR proficiency scale. For example, if you study for an hour a week, it will take four years to reach A1, versus 10 months if you study for five hours a week. By the same token, it will take eight years / 20 months to reach level A2. So depending on how efficiently and how much you study, it can take anywhere from a year (if you're immersed in the language 24/7) to a couple of decades (if studying very casually) to reach C2 near-native proficiency in French or another European language. Clearly, neither of these extremes is ideal: many people don't have the resources and flexibility to move to France or another francophone country, and anyone who's serious about speaking French fluently probably isn't crazy about the idea of spending a huge chunk of their life doing it. (Also, most people don't really need to arrive at C2; B1 or B2 is acceptable to the vast majority.)

Fortunately, there are a number of techniques that can help you study and learn more efficiently, which will greatly improve your fluency timeline.

Getting that for you now...