Add to Notebook41 questionsReport a problem

In French, just like in English, you use possessive pronouns to indicate possession. However, they have different forms to agree with the gender and number of the thing possessed.

Learn about the French possessive pronouns

The expressions for 'ours', 'yours' and 'theirs' in French agree in gender and number with the noun they imply or replace: 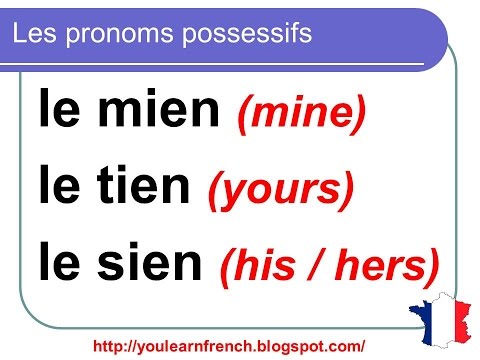